Foundations of Mathematics and Logic with an Interactive Sandbox

Usually, an interactive sandbox is perceived as a tool for psychologists with which they will conduct sand therapy. This is indeed a very common technique that began to be used a very long time ago, long before the advent of modern technology. But by combining a sandbox, a projection component and a computer that processes information about the height of the sand, we have created a universal product that is suitable both for correction by psychologists and for training in school and preschool institutions.

In schools and kindergartens, using an interactive sandbox, you can conduct both simple, entertaining, and developmental ones, with which you can quietly develop your child while playing. Next, we will analyze exercises for studying the basics of mathematics and logic for preschoolers and children of primary school age, can be carried out in the usual “Landscape” mode (available in the interactive sandbox of the Briolight S and E models).

Exercises to study the basics of mathematics and logic

Note, in addition to the specified modifications, the Briolight interactive sandbox software contains up to 30 interactive exercises that can be used without adaptation or modification.

Study of length and width. The teacher creates (or suggests creating for the child) two rivers, and asks which river is longer or wider. Rivers can start at one point or at different points, which will complicate the task. Besides the river, you can build paths or lawns.

Study of height.  The teacher creates (or proposes to create for the child) a mountain and a lake and explains to the child that mountains are very high, gives examples of the highest mountains. Then he says that the depths are very low, and some more mountains. At the end, he invites the child to create two mountains and together find out which one turned out to be higher (the projection illumination of the landscape will help in this).

Study of numbers. With the help of lighting on the sandbox, it is easy to create images, letters and numbers in the landscape. The teacher can conduct a math dictation where a sandbox is used instead of a sheet of paper. For example, make a river in the shape of number 2. In addition, you can abstract from the landscape and focus only on the color of the illumination. For example, to offer to make “pies” (mountains), and to invite guests (wild and domestic animals), then we count how many animals came to visit and how many pies we have. We think – enough for everyone needs to cook more?

Studying the account. Before the lesson, the teacher can build his own landscape, which will include several rivers, several lakes, mountains and plains. Then ask the students how many rivers or mountains there are, and also ask them to count the number of mountains, rivers and lakes together. By modifying this task, you can make team games, where one team will build the landscape, then pose mathematical questions, and at the end change.

Comparison.  We build towers (lakes, rivers) and compare them. Based on the games described, you can make competitions by comparing length, width, height, and more. It can be one-on-one with a teacher, in pairs or in teams.

In fact, you can think of a lot of games, the flight of imagination is not limited by anything. Therefore, we recommend creating your own and sharing them on social media in order to develop a community of professionals using interactive equipment. 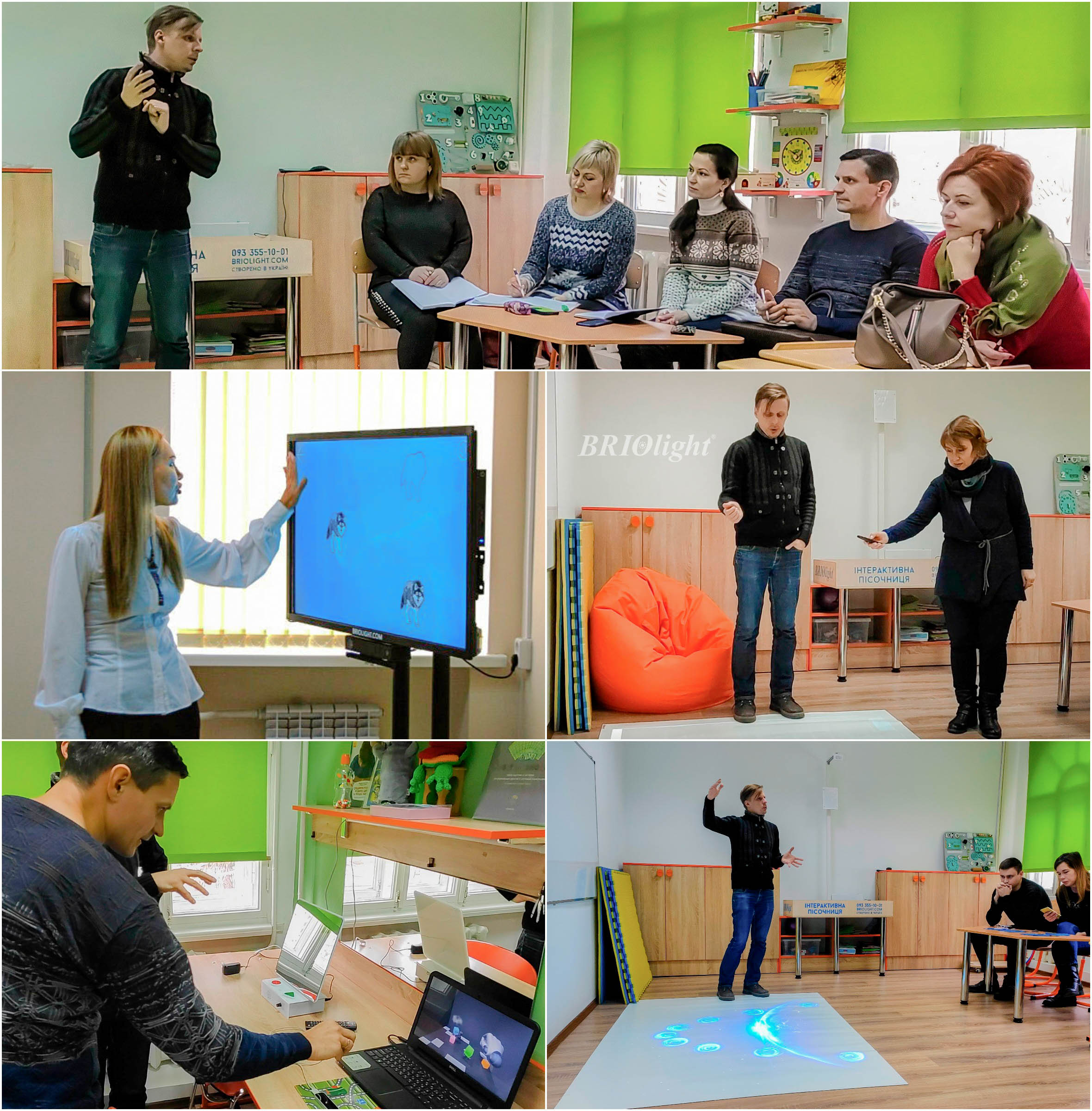 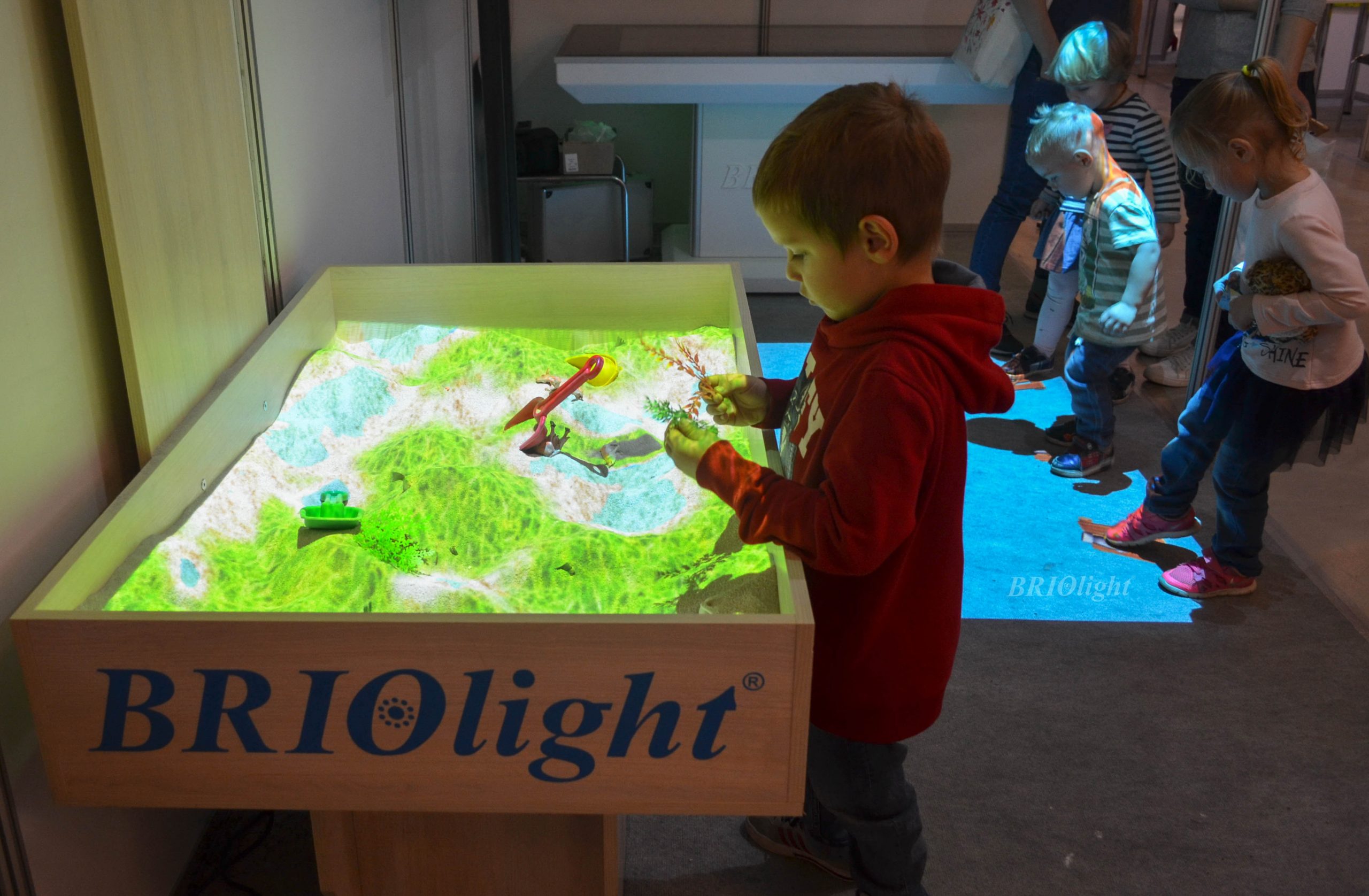