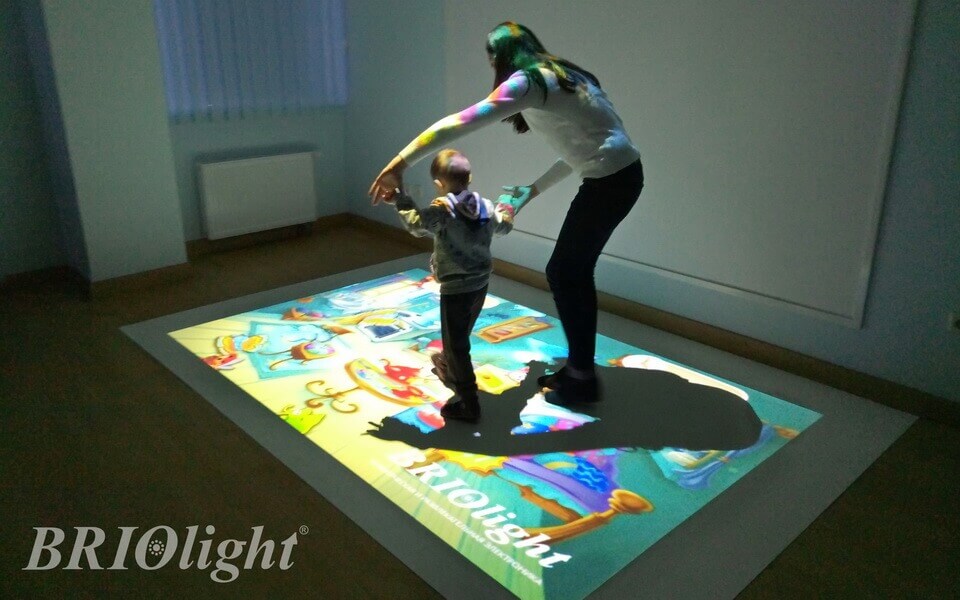 Dynamic and colorful projection. This is not only a bright and fun game, but also an effective tool for educational, therapeutic and therapeutic and rehabilitation purposes. The developed tasks and games contribute simultaneously to physical, psychological, communicative and intellectual development. So, we will consider what basic therapeutic functions our system performs. Today we will talk about the first.

First of all, the system develops coordination and large motor skills. To solve problems, the child must, first of all, perform movements of varying degrees of complexity and intensity, while solving cognitive tasks.

For example, in the game “Numbers” a child must solve a mathematical example and step on the correct answer. The game form makes this process relaxed and interesting. This encourages the child to move. And the repeatability of the tasks consolidates a certain motor skill.

In addition, we have developed a whole series of various games that have different tasks and types, but they work according to a similar scheme – points are obtained when stepping on the correct answer. That is, the movements during execution are the same. Thus, it helps to keep the child’s interest. And each time with the same zeal, repeat the necessary movements.

For example, similar to the game “Numbers” are the games “Animals” and “Plants”, where you need to combine the subject and silhouette, stepping on the correct answer. In the game “Cars” you need to crush cars, earning points. Such games where you need to step quickly on moving objects include “Insects” – crush bugs, “Moles” – drive moles off the vegetable garden, tapping their helmets, “Rafts” – jump from raft to raft so as not to fall into the water , “Save Hippo” – save a hippo from the teeth of hungry crocodiles by stepping on them.

All this motivates the child to purposeful motor activity, which at the moment is still insufficiently developed or difficult. And it helps to accelerate and diversify the work of specialists in the rehabilitation, correction and development of children and adults.

Continued in the next publication. 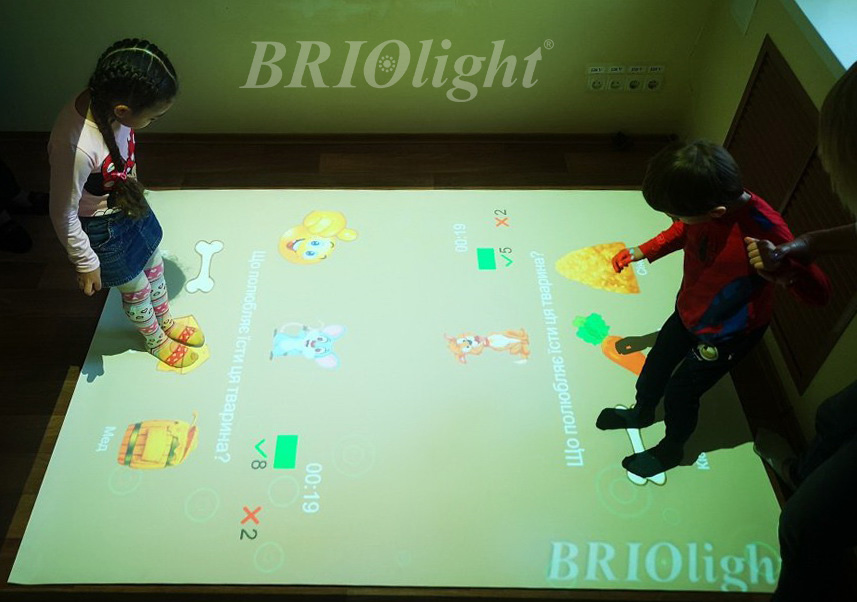 Interactive technologies for the teacher 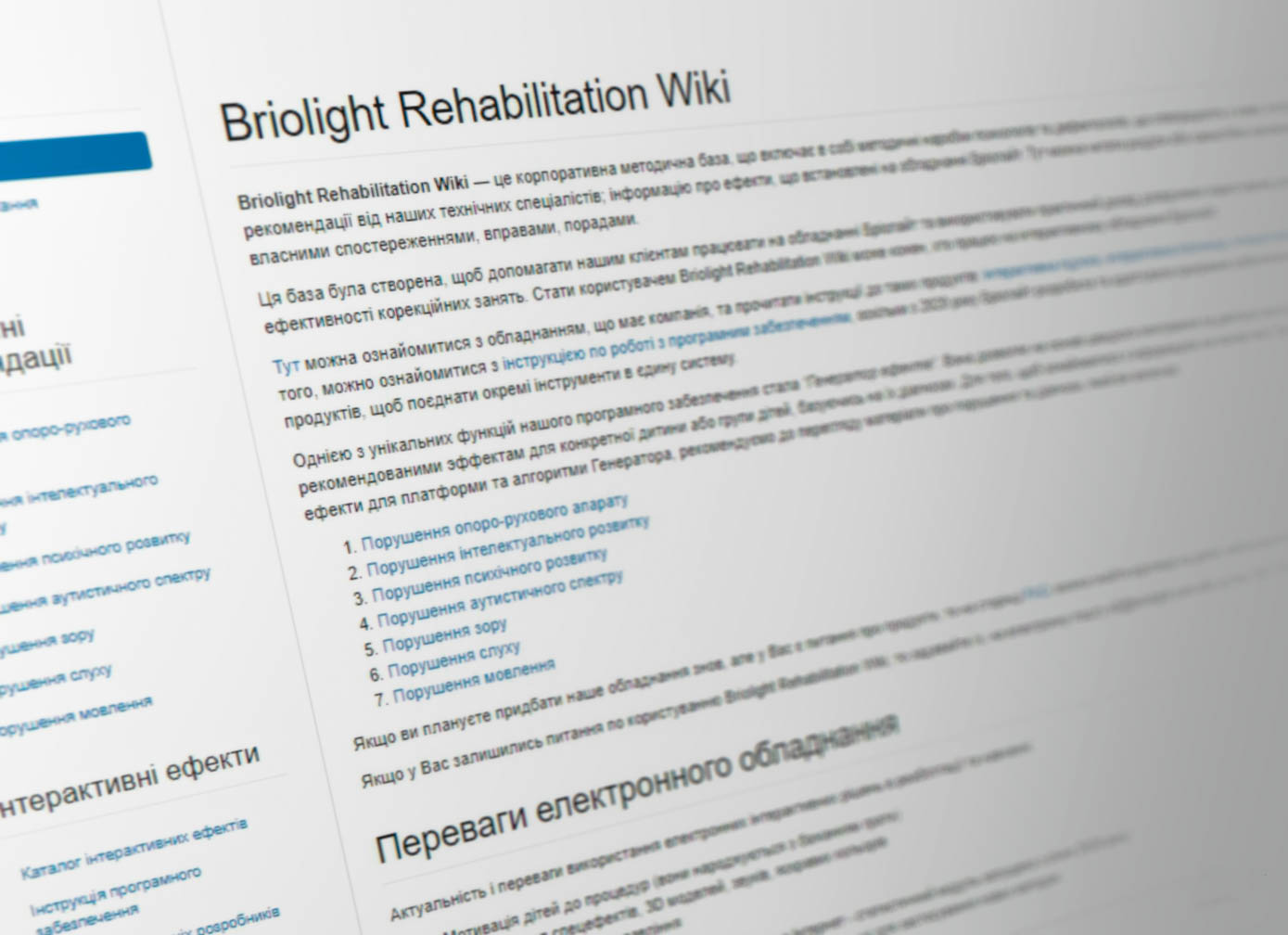